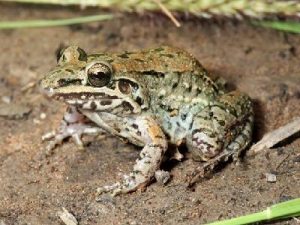 DISTRIBUTION: In our region, Leptodactylus (labialis) fragilis was known to occur only in Starr, Zapata, and Jim Hogg Counties of Texas along the Mexican border. In recent years it has been thought that this species may have been extirpated from Texas by the continuous dispersal of organophosphate chemicals throughout the Rio Grande Valley. However, in 2015 Toby Hibbitts (TAMU) found the species in both Starr and Zapata Counties of Texas. It’s occurrence in Zapata County actually represents a slight range extension to the northwest.

LEGAL STATUS: Leptodaqctylus (labialis) fragilis has been listed as a Threatened Species by the State of Texas since 1988.